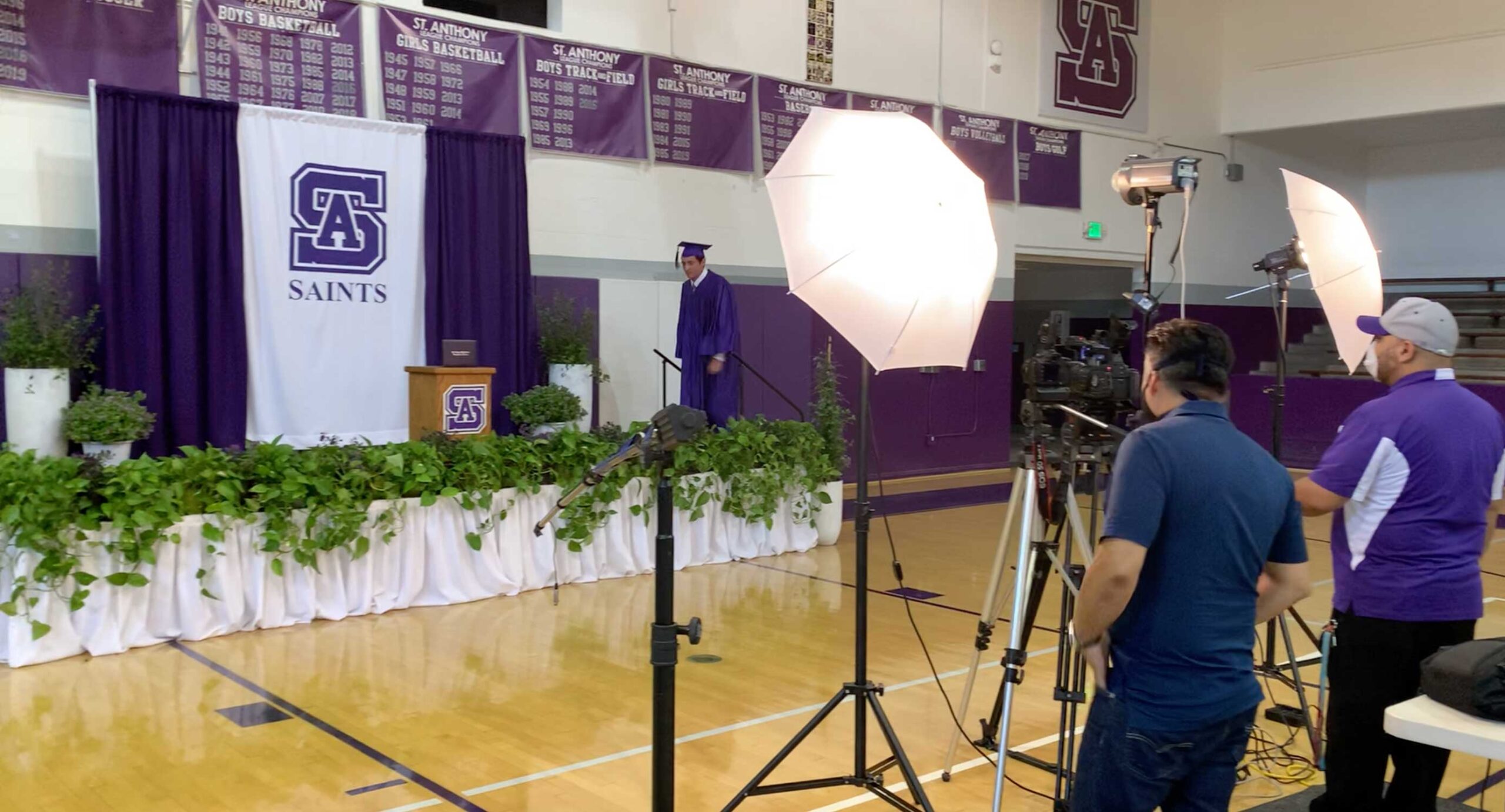 COVID Restrictions? Get Creative and Think Outside the Box

The past few months have been tough for everyone with the coronavirus disrupting business and life as usual. Everyone has been affected by new rules and regulations on how to conduct yourself in public, how to interact with others and how best to keep everyone safe. Some of those affected most by the changes have been students, especially those who are supposed to be walking to accept a diploma in what should be one of the most memorable and proud moments of their life.

I’ve got two graduates this year, my son from 8th grade and my daughter from high school. The end of their school year was shaping up to be an underwhelming time since school is only virtual and large gatherings are not allowed. Fortunately for my son, he goes to a Catholic school with a small class, so we are able to have his graduation live during the just-allowed church gatherings of under 100 people, even though only 2 parents per student were the only ones to witness the moment.

My daughter, on the other hand, goes to Long Beach’s St. Anthony high school, a much larger school, so just their class alone would be way above the limits for a church gathering. Fortunately they have an assistant principal, Chris McGuiness, a good friend of mine, who knows that the drive-thru graduation or virtual graduation that other schools are doing wasn’t going to be good enough to properly celebrate this milestone. They deserved something that more closely resembles an actual graduation.

He knew he had to approach this differently and came to me for help.

Time to get creative

We brainstormed different ideas and quickly realized there are certain feelings that a graduate experiences that makes that moment memorable and like no other. The nervousness when approaching the stage. The pride when standing on the stage while loved ones applaud their accomplishment. The celebration and joy that takes place after. We knew we had to figure out how to replicate all those emotions to make the moment as special as possible for the graduates.

What we came up with was live individual graduations. We didn’t break any of the CDC guidelines for gatherings of no more than 10 people. We practiced social distancing and other health precautions while in the school gym. And we did it 131 times and filmed each and every moment over a period of four days.

We set a schedule for each student to attend their own graduation in 10 minute increments over the course of three days. Each student waited in their car until their scheduled time, they came in with their family where they were greeted by a professional photographer who captured photos of each grad decked out in their cap and gown. After a brief shoot, they were ushered to one side of the gym to review their instructions for their walk. The family was led to their own “VIP section” right at the front of the stage where they waited to cheer on their proud grad. We queued up Pomp and Circumstance and announced the graduate’s name over the PA system as the grad took their own walk to the stage where they received their diploma and moved their tassel from right to left. Parents cheered out loud for their graduate and many tears were shed as they beamed with pride – the full range of emotions one would expect from such a proud moment.

After parents welcomed their graduate from the stage, we then invited each family to accompany their graduate back up on the stage where we took more professional photos as they proudly showed off their diploma. Before they exited the gym so another graduate can experience their own event, we would film each student throwing their cap into the air in celebration.

On the fourth day we filmed the singing of the National Anthem, the prayer, and all the speeches. Now that we’ve captured every part of what an actual graduation consists of, it’s on to the video editing room where it will all be assembled into one feature-length video as if the event had actually happened. The video will be released at the beginning of July.

Although Pomp and Circumstance got stuck in my head for days, it was completely worth it. So many parents asked if we could have graduations like this every year. After all, since when does everyone get a front row seat? And nobody had to sit through 130 other names waiting for their own proud moment. We even had the luxury to reshoot a few walks when something didn’t go as planned. So many grateful parents wrote heartfelt emails thanking the school for taking what would have been a virus-ruined graduation and creating an even more special, unforgettable moment.

The local newspaper, the Long Beach Press Telegram showed up on the first day of shooting and wrote a really nice article on our labor of love. It can be viewed online here. 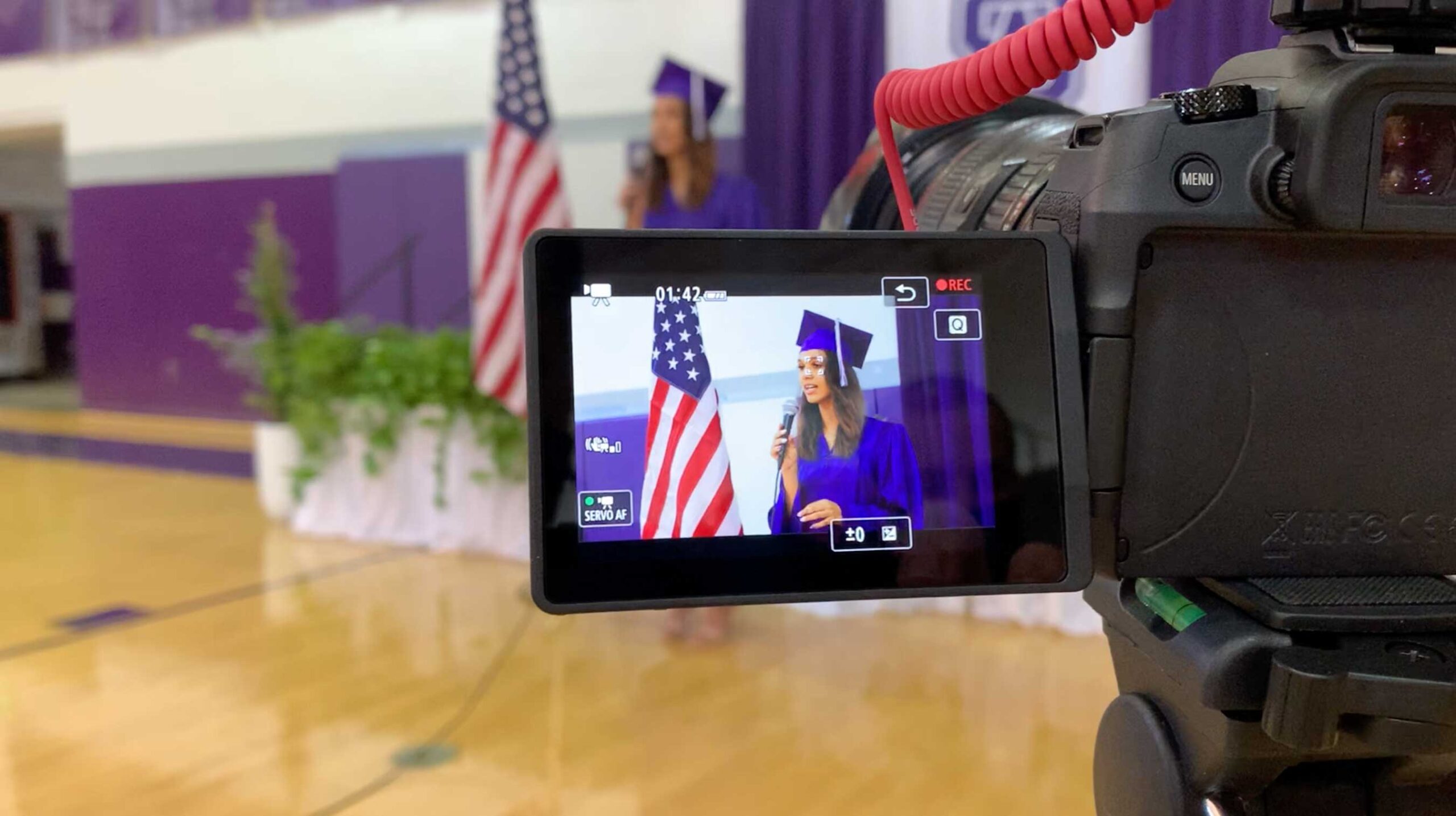 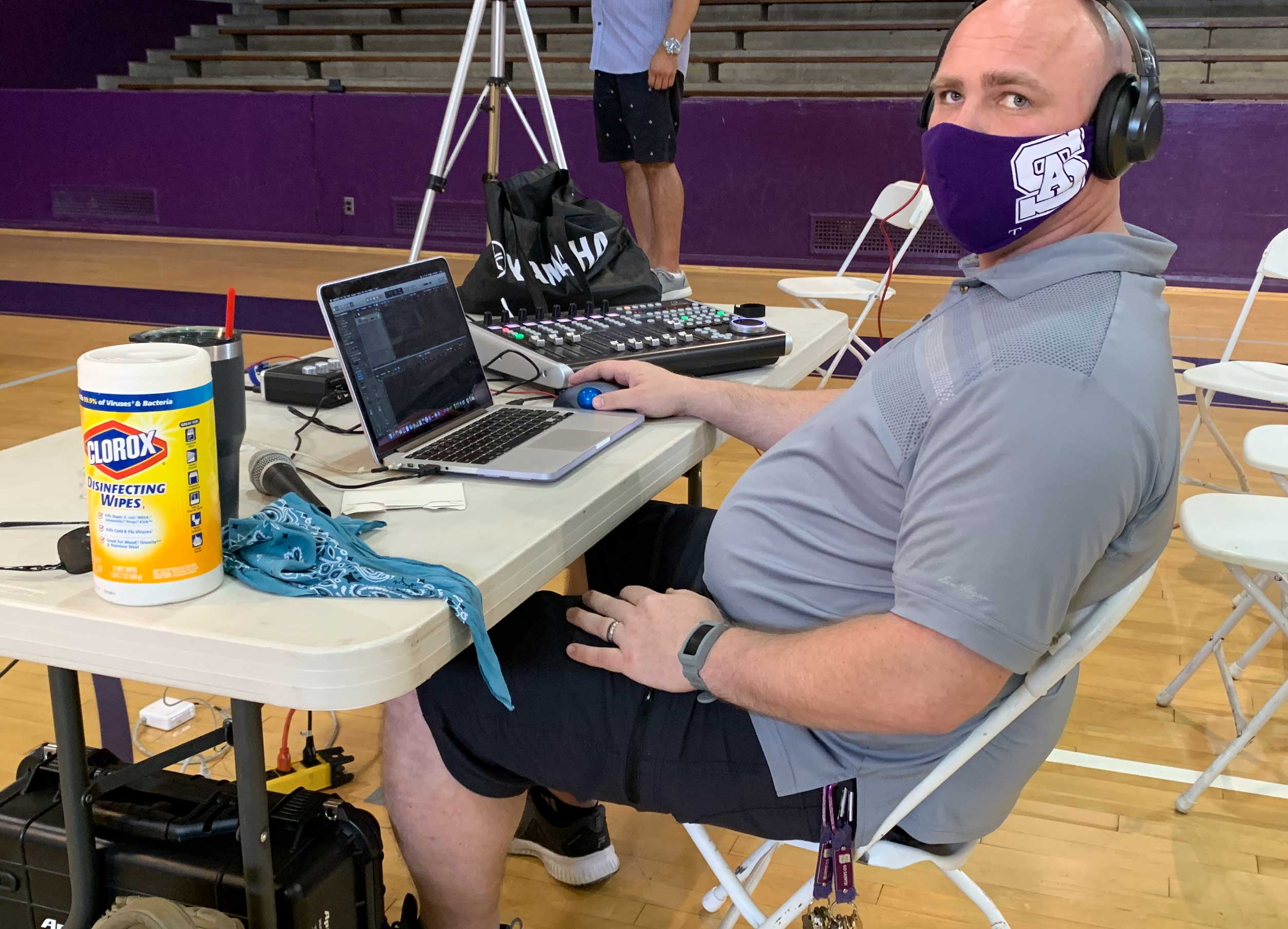 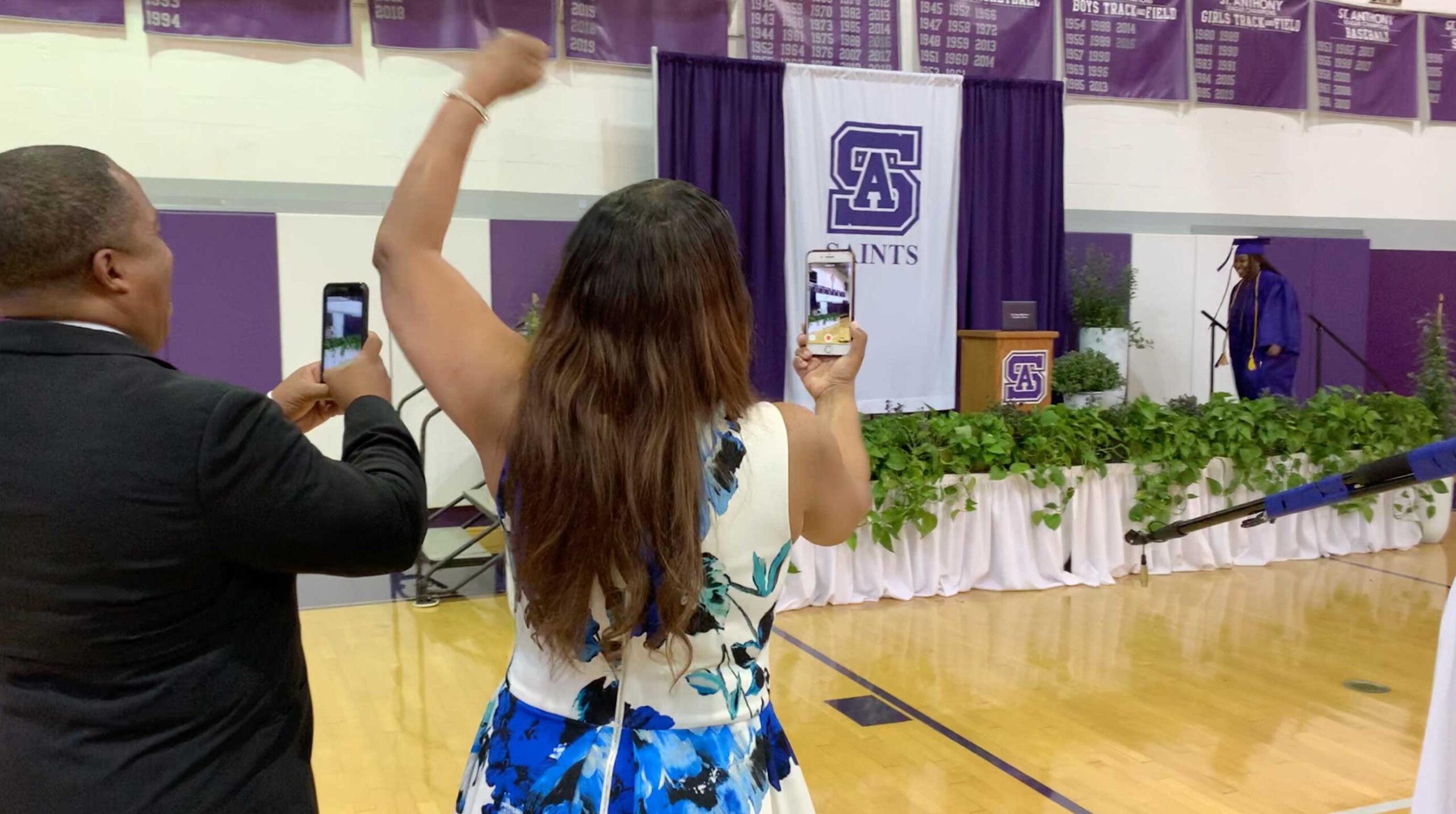 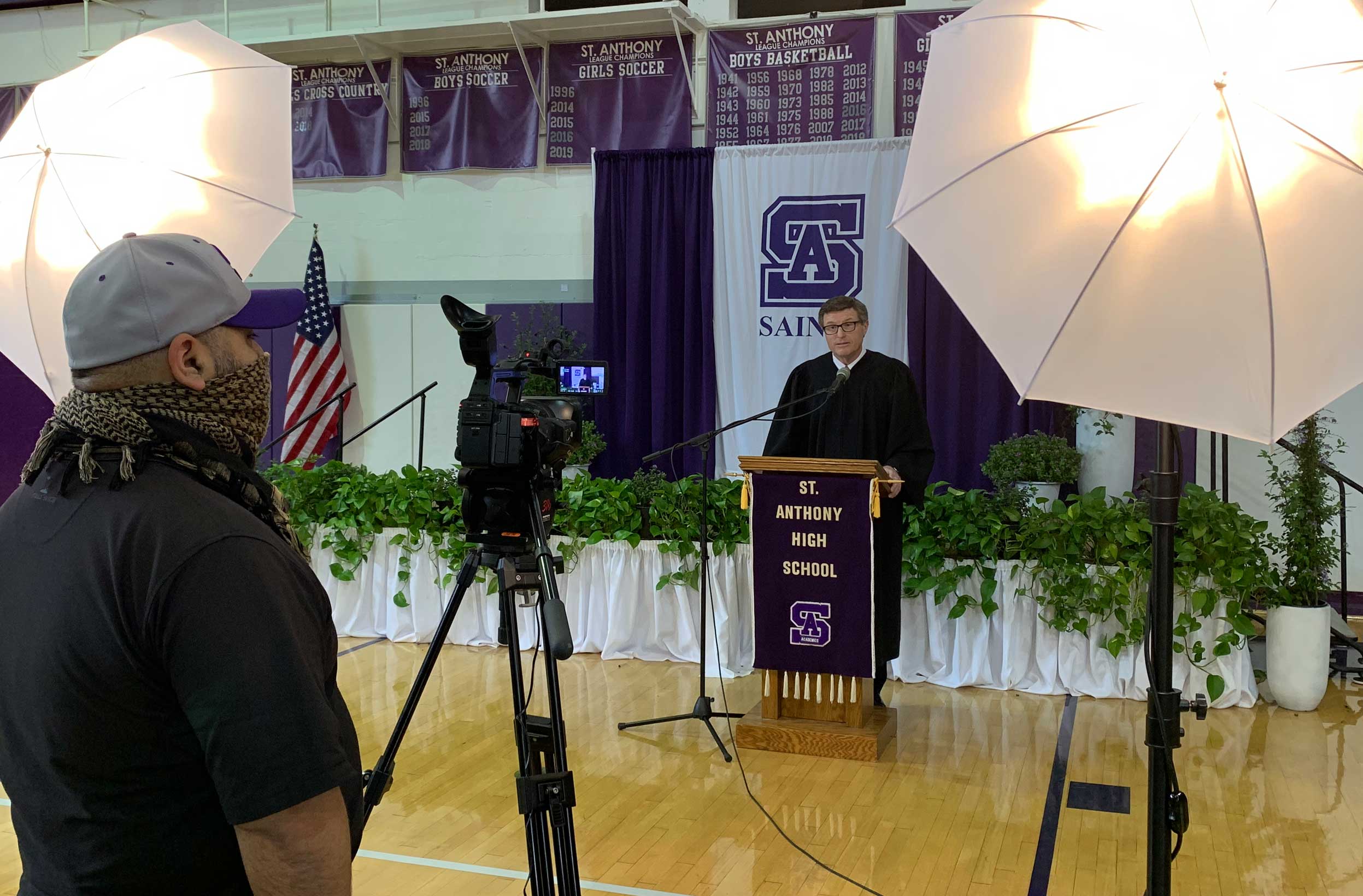 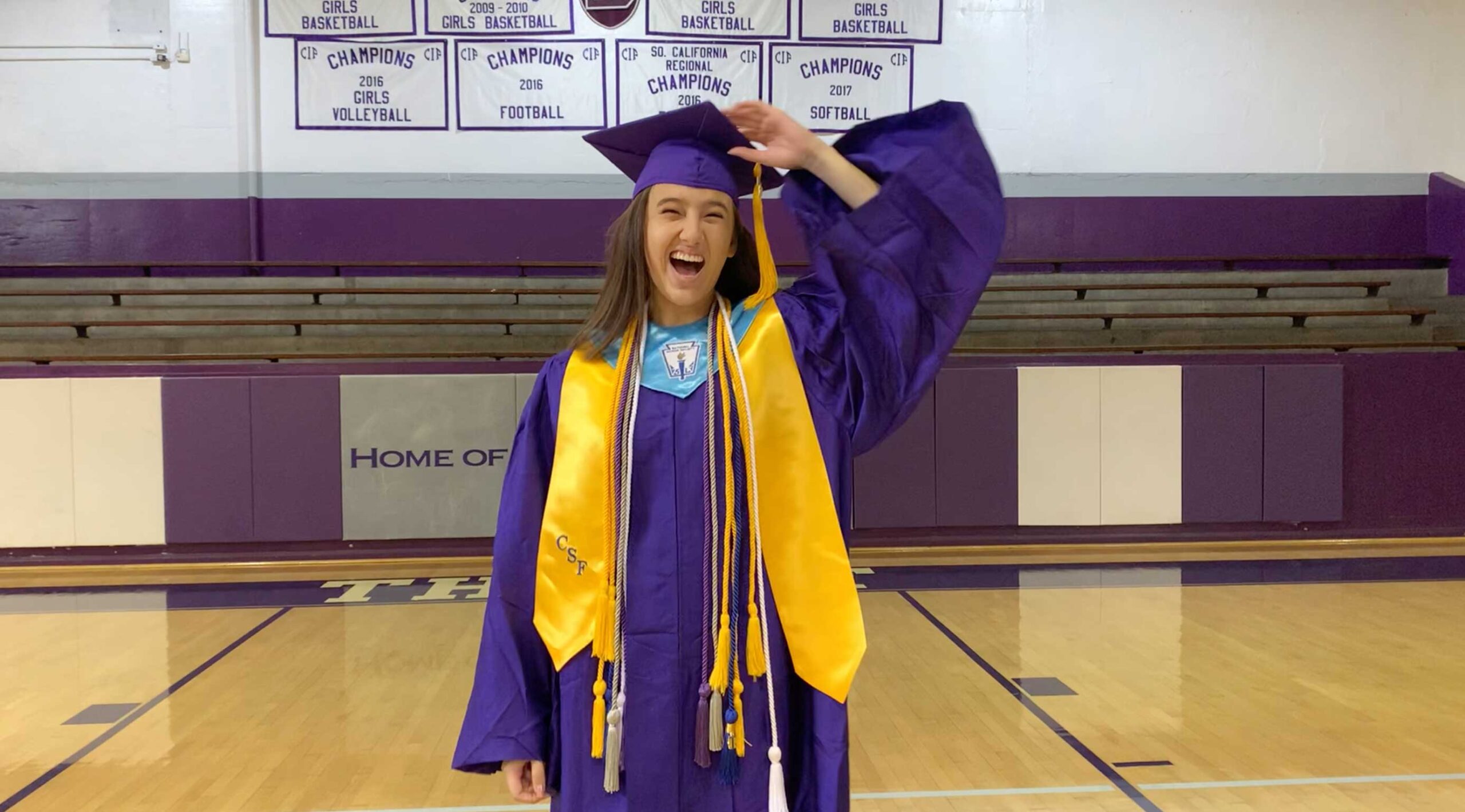